Later that same year when WWII began the first act of that war on the North American continent occurred in Botwood. When Britain declared war Newfoundland, as a colony, automatically became a part of it. A German ore freighter, the Christoph Van Doornum, tided up at the mineral wharf was boarded and captured; its crew were interred in 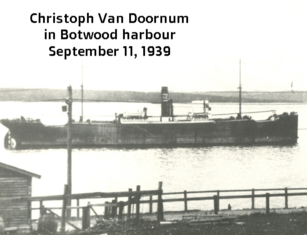 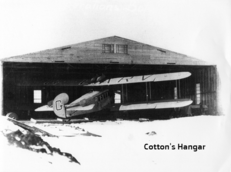 By the time the war was over, land planes had taken over from sea planes and Gander was home to one of the biggest air plane bases in the world.  Botwood slipped away from the aviation era.

One of the many benefits from WWII for Botwood was the creation of a cottage hospital from the military hospital set up by the RCAF.  It closed in 1989 to be replaced by the Dr. Hugh Twomey Health Care Center.

With the dismantling of the ASARCO mineral shed in 2008 and the closure of the Abitibi paper mill in 2009, Botwood looks to a future with a very different face and the dream that the port will once again find new opportunities.

Botwood has a rich and varied history with provincial, national and international influences.  The Botwood Heritage Society and the Botwood Mural Arts Society have conserved and portrayed this history and culture through two museums, an archive and outdoor murals.

Prior to 1900 Ship Cove, then Botwoodville, and now Botwood was known for its Beothuk

Rev. Edward Botwood who made our fibre resources known to the Quebec Gooday Company

which came here and set up a huge saw milling industry.

In early 1904 we became the shipping port for paper made by the Anglo Newfoundland Development Company mill in Grand Falls, as well as lumber and other commodities.

In the early twenties Australian adventurous aviator, Sidney Cotton, was hired by the

Botwood. He pioneered in delivering mail by air, using air planes to spot seals for the

sealing ships, and taking aerial photographs of timber land for the A.N.D.  Co. He left in

1923 and went on to make a name for himself in aerial photography and as a WWII spy.

In 1928 the port was used to ship copper, lead, and zinc ore mined in Buchans; like the paper, it was delivered here by railway, stored in a huge shed and loaded by large wharf cranes.

In 1933, the famous American pilot, Charles Lindbergh and his wife, Anne, landed their seaplane in Botwood harbour to refuel. He was here for 4 hours, long enough to put Botwood on the map again and to recommend to the British and American governments and Pan American Airlines that Botwood would be an ideal place as a terminus for the developing transatlantic flights.

In 1937 the first experimental transatlantic flights went through Botwood much to the chagrin of competing big cities such as Halifax, Montreal and Toronto, and they proved to be a success. Infrastructure was put in place and in 1939 when regular passenger flights began Botwood became a familiar name on both sides of the Atlantic Ocean.

Because of its location, and the existing aviation facilities such as a wireless station, Botwood was chosen as an anti-submarine reconnaissance base by the Canadian and British governments for the duration of World War II.  A concrete tarmac was constructed and several large buildings were erected by a work force from all over Newfoundland.   It is estimated that over 10,000 troops passed through Botwood on their way to war in Europe.  Famous personalities, from military VIP’s to movie stars, such as Sir Winston Churchill and Bob Hope stopped over here during their transatlantic flights.